Boreal Controls Inc. has been the system integrator and remote engineering support staff for the City and Borough of Sitka Water and Wastewater SCADA system for the past 20 years. Over this time span we have worked to upgrade and integrate all existing and new water department sites including: 3 tanks, PRV Stations, UV WTP, and booster stations; and more than 23 wastewater lift stations into our SCADA system that can be accessed for monitoring and control from four different sites. In addition to providing design, integration, and commissioning services, we also assist with ongoing troubleshooting, repairs, maintenance and upgrades. Much of the time our troubleshooting is done remotely with the assistance of local operators. We are able to login remotely through a VPN and access the SCADA applications and PLC programs. In emergencies we have worked over the weekend to program radios and PLCs to replace failed ones. When the emergencies have called for it, we travel to Sitka as quickly as possible to restore their SCADA system to proper working order to make sure their Public Utilities can supply a safe service to their community. Boreal Controls Inc. developed SCADA systems and facility upgrades for both the Water and Wastewater divisions of the Petersburg Borough. We designed the water treatment plant control system upgrades to be completed in phases while allowing half of the plant to remain functional. The water treatment plant renovation was completed in phases due to cost and to ensure construction did not limit the treatment capacity during fish processing season. The renovation of the water treatment plant added a SCADA system, automated PLC controls of the entire water treatment process, historical data recording, and automated daily reports. We continue to work with the Petersburg Wastewater Division to update their treatment, collection, and SCADA systems as funds become available. We implemented a small SCADA system designed to easily expand as more sewer lift stations are upgraded. To reduce costs, we work directly with the Borough to design packaged control equipment for lift station upgrades. We are in the process of integrating their outdated lift station monitoring application into their new SCADA application. We continue to provide remote support for both their water and wastewater systems. Boreal Controls Inc. designed, integrated, and/or commissioned nearly all of the Lower Kuskokwim School District’s water and wastewater facilities. Many of the villages’ schools have their own water and wastewater treatment plants with a local SCADA system. All of the plants also report back to a SCADA server located in Bethel. In Bethel, the main operator/supervisor, Ben Eisen, is able to monitor and control all of the facilities and direct his local operators on actions to take with their local treatment facilities. In addition, Boreal Controls has retained maintenance contracts with the Lower Kuskokwim School District for over a decade. We are typically specified as the sole approved integrator for updating their water and wastewater facilities. We currently provide remote support to the school district. Providing remote support to rural Alaska treatment facilities has its challenges; a wide range of local operator ability, technical communication, and availability of spare parts to name a few. With the support of the LKSD’s IT/IS department we have reliable remote access to the facilities SCADA applications and PLC programs. The remote access and our familiarity with their water and wastewater treatment facilities allow us to monitor the real time status of the process as we walk operators through corrective actions to restore plant functionality. With the help of Ben Eisen, we have been able to successfully keep 14 water and 5 wastewater plants running to provide safe services to the schools in the Lower Kuskokwim School District. Boreal Controls Inc. designed and built control panels, and programmed PLC and SCADA systems for the rehabilitation of 85 sewage lift stations and 26 water pump stations. Our responsibilities for this project included all engineering design, equipment selection, control panel fabrication, communication system, installation, system integration, startup and SCADA programming. Important to the success of the construction was the contract administration and inspection of work performed by the electrical contractors at each of the 110 sites. These services were provided by Boreal Controls' engineers, on a daily basis for the duration of the project. A new water booster pump station for the University of Alaska Southeast is on line with Boreal Controls Inc. providing the pumps and controls for the project. The booster station services both the main campus at Auke Lake and nearby student housing with three 15-hp centrifugal pumps and a 200-hp high-flow pump. BCI President Greg Smith said the company built five control panels and wrote the customized software for the booster station. The 15hp pumps are controlled by Allen- Bradley Powerflex 700 VFDs and the 200hp pump is controlled by a Benshaw Solid State Reduced Voltage Starter. The whole system is controlled by an A-B SLC 5/03 with a Panelview 600 color operator interface. The system was designed by the Juneau civil engineering firm Carson Dorn Inc. “The pumps are staged on in a lead-lag sequence to maintain a PID-controlled output pressure,” Smith said. The station pressure is maintained within one or two psi of the setpoint. The PLC communicates with a Siemens building automation system, allowing university maintenance and operations staff to monitor pressure, flow and alarms from their campus office. A small town in Eastern Oregon now has a high-tech control system for its water supply. Boreal Controls Inc. recently supplied a SCADA monitoring system for five sites in Vale, Ore., including new and existing pump stations and treatment plants as part of a water system expansion. The community, west of Boise, Idaho, now has Opto 22 controllers and Microwave Data System radios to pass information from relatively remote pump sites to the master controller at the public works building. With the addition, the remote sites can communicate wirelessly thus saving on recurring telephone charges. At the heart of the system is a graphical operator interface running on a PC. BCI wrote the control program, tailoring it to the city’s needs to track pump speeds, levels and water flow. “That gives them pictures of the whole system and logs flow data so they can get trending screens with graphs,” said BCI engineer Tory Oien. Vale public works director Dave Hatt said it’s convenient for the city’s water chief. If there’s an alarm he can check in on the system from home to determine whether it’s something he needs to head out to follow up on. 'The graphics are extremely good,' Hatt said. 'I think we’re extremely pleased with it.' A useful feature of the new system is the ability to print out reports of pump hours and total flow for days or months. It also can be monitored and controlled through a dial up modem from a laptop, so that system operators can access the controls, literally, from anywhere in the world. Boreal Controls Inc. updated the control and monitoring system for Juneau’s sludge incinerator. We designed and programmed the system to replace an obsolete operator interface at the Juneau-Douglas sludge incinerator, located just south of downtown Juneau. In order to provide flexibility and to avoid long-term obsolescence, the new SCADA system is based on off-the-shelf software running on standard PCs. The system consists of Wonderware for the SCADA software, two Allen-Bradley PLC 5s and two SLC 5/04 PLCs. Communications are through a DH+ network. The new system allows plant operators to control sludge feed rates, oil injection and airflow and to log data and alarms for the incinerator. It is also capable of producing reports from logged data. Since the initial installation several wastewater plant control modifications have been added. Return Activated Sludge pump speeds are now controlled based on plant flow. The digester level is now monitored and logged and waste sludge pumping times are controlled by the PLC and can be easily set using the SCADA system. Chris Strickland, plant operator says, 'We love it; it’s increased our productivity.' He said it streamlines the process, allowing people to control the system from different locations throughout the plant. 'I can turn pumps on and off from anywhere.' Boreal Controls Inc. conducted site investigation, engineering design, fabrication, installation, programming, and startup for the replacement of control systems at the sewage treatment plant and seven remote sewage lift stations in Ketchikan. We were the General Contractor for this project and had to maintain continuous operation of the plant and all of the stations while the control systems were being replaced. At the treatment plant, Allen-Bradley SLC 5/05s were used to replace a Texas Instruments PLC system. Three large pump stations were each retrofitted with three 60hp Allen-Bradley VFDs and an Allen-Bradley SLC 5/05. Four smaller lift stations are controlled by Allen-Bradley SLC 5/05s. All pump stations communicate with the master station using Ethernet and DSL modems. The SCADA system operator interface consists of two PCs running RSView. The operator interfaces at the pump stations include Allen-Bradley Panelviews and touchscreen PCs running Visual Basic MMI programs.

Boreal Controls Inc. created a feasibility report for upgrading control systems for portions of the water and sewer system in Kotzebue. The study included assessment inspections, system needs evaluations and cost estimates for upgrades to the controls for the City’s water and wastewater systems. The scope of the report included controls at the individual facilities as well as an overall SCADA system. Facilities included the water treatment plant, the treated water booster pumps, two raw water pumping stations, and 13 sewer lift stations.

Boreal Controls Inc. provided the electrical engineering design, PLC programming and SCADA programming for replacement of the existing motor starters for the main pumps at the Craig Water Treatment Plant with variable frequency drives and integrated with the new SCADA system.

Boreal Controls Inc. supplied the control panels for the Outer Drive, West Juneau and Lemon A pump and lift stations. Under these contracts, we prepared the detailed design, manufactured the control panels and conducted the testing and system integration for the completed installations. 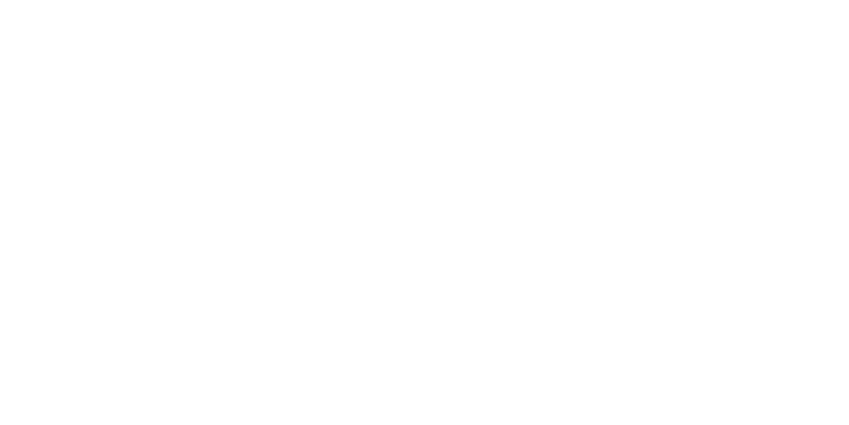 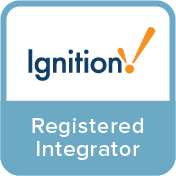